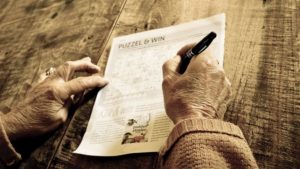 As our population ages, researchers continue to explore connections between age-related illnesses and conditions. One common question is whether or not hearing loss causes cognitive decline or dementia. According to a recent article by Marlaina Cockcroft, from Healthy Hearing, questions like these are still unanswered but research continues.

Cockcroft cited one study that found that seniors with a hearing impairment did have a higher risk for cognitive decline than those without any hearing difficulties. There was no evidence, however, to support the use of hearing aids as a method of reducing that risk. Another 2016 study presented similar findings; there was a positive correlation between hearing loss and increased risk of dementia. However, there was no conclusive evidence that wearing an assistive hearing device could delay its onset or prevent it altogether.

How are hearing loss and the brain connected?

One theory explaining the connection between hearing loss and dementia comes from the idea that another condition, such as vascular changes, could cause both. This would mean that impaired hearing doesn’t actually cause dementia but that both are the result of a higher disorder.

Cognitive decline could also be associated with diminished hearing due to the extra strain hearing impairment places on the brain. Normally, the auditory cortex is the part of the brain that interprets sounds. However, MRI’s of a hearing impaired patient tell a different story. The MRI’s indicate that other brain parts are being used to interpret sounds as well as the auditory cortex. This could interfere with the cognitive functioning that would normally be controlled by those areas of the brain.

Even though current research doesn’t yet have all the answers, Dr. Jennifer Deal from the Cochlear Center for Hearing and Public Health at Johns Hopkins University recommends that individuals with hearing loss talk to their doctors and ask for help. Although receiving medical treatment for hearing impairment may or may not delay or prevent cognitive decline, it can certainly impact other areas of life.

For example, early treatment of hearing loss may help prevent social isolation, a common side effect of not being able to hear well. Wearing an assistive hearing device such as a hearing aid can also positively impact everyday quality of life, including conversations and social interactions with family and friends.